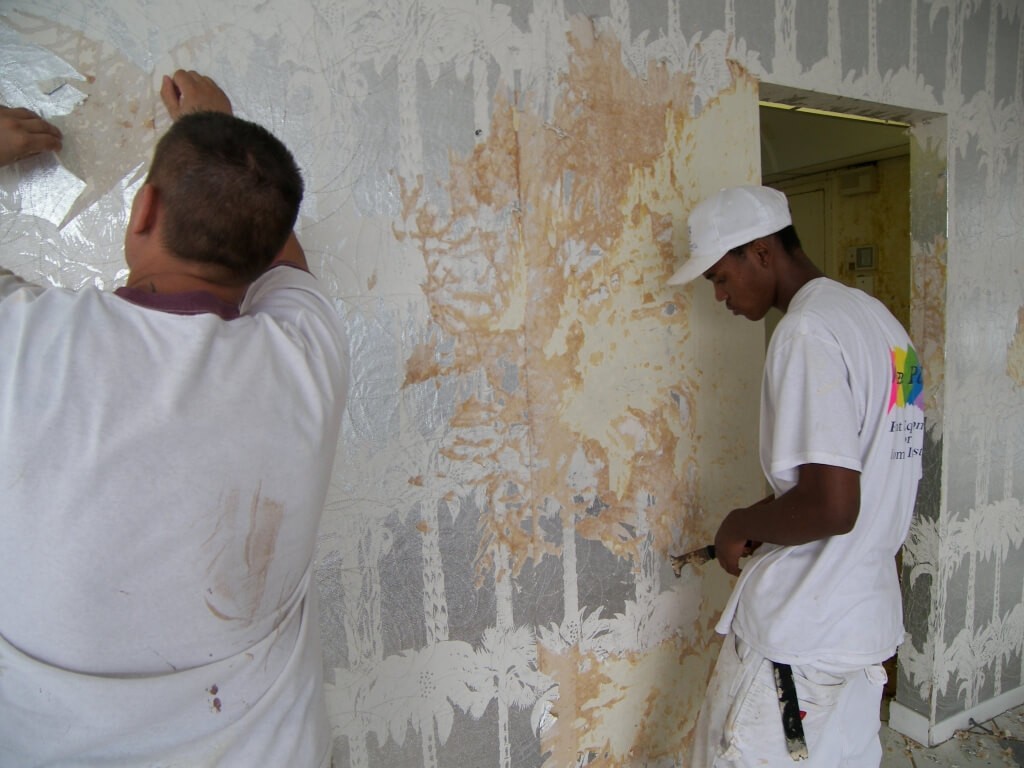 A few years ago, people didn’t like the idea of painting their indoor spaces since that meant they would have to repaint them at least once a year, or maybe every 2 or 3 years. The point is that is true that paint can be expensive after some time, but for me, it is usually the best option, however, it isn’t the only one you have.

People started to use other methods to decorate their homes or properties not only because some of them wanted to save money, but also because there were options like wallpaper that allowed them to have a unique and different design.

Wallpaper were popular a few years ago and nowadays, they aren’t that famous but people are starting to prefer them again before a simple and plain painting.

They are a bit expensive or more expensive than paint at least, but they are a great investment if you don’t want to deal with some problems in the future, like having to repaint your property, just like as I said at the beginning.

A wallpaper also allows you to have a different design without too much effort. There are several designs, so it’s all about picking one and installing it. No effort at all.

Wallpapers are a bit delicate and if you ever get tired of them, removing them will be a pain. However, don’t think too much about it, I’m sure you will love your wallpaper after it is installed and if you need to remove one, just make sure to contact a professional to do it for you so you don’t damage your walls by trying to do it yourself.

Most people think that installing this is very simple but just like its removal, you need to employ a professional.

Most professional painters aren’t trained to install wallpaper, but you should be able to find a few experts that can go to your property and take care of the entire process for you.

If you decide to employ a company, as you should, consider Longview Professional Painting Contractors, we can guarantee you that you will have the best wallpaper in the entire city and we will take care of its installation without struggling at all. Do you need to remove it instead of installing it? No problem! We can also do it for you.

We can deal with every single one of your requests and problems if you decide to employ us. Just make sure to ask for our wallpaper removal and installation services and request a free quotation. You’re welcome to visit our offices, call us or even send a message via our website. We are right here waiting for you.

We, the Longview professional painting contractors, offer the best painting services. The list above comprises of the top services that we offer. If you need any of these services, reach out to us now and we shall send a team to you to help you out.

If you live in the region of Longview and you are looking for the best septic system services, you need to come to us. We, the Longview TX Professional Painting Contractors, are the best company for this process. We have the required experience to offer the best services in this area.

We service all of Texas. Below is a list of cities most of our services are at on a daily basis:

And all other cities throughout Texas, just fill out the form below for a free quote!